As part of our Climate Beacon activities, we have a series of online author events lined up for schools, featuring a series of fantastic authors, whose books and writing explore a range of topics which help us think about how we live today and our relationship with the natural world.

Information on how to book for these events will be available shortly. Please get in touch with us by emailing library.enquiries@cne-siar.gov.uk if you would like us to notify you when booking is available.

Piers was born in 1974, in Northumberland, which is possibly the one part of England where more animals live than people. He enjoyed reading, writing and drawing from an early age and he especially enjoyed books with good pictures – such as the Moomin stories by Tove Jansson, The Hobbit by J R R Tolkien and Hergé’s Tintin graphic novels. Other favourites included Roald Dahl, Narnia series and Wind in the Willows by Kenneth Grahame.

In a world where animals no longer exist, twelve-year old Kester Jaynes sometimes feels like he hardly exists either. Locked away in a home for troubled children, he’s told there’s something wrong with him. So when he meets a flock of talking pigeons and a bossy cockroach, Kester thinks he’s finally gone a bit mad.  But the animals have something to say…
The Last Wild is a terrific adventure series that draws on themes of climate change, hope and friendship.

Growing up, Hannah’s biggest dream was to own a cat and be a writer and she’s happy to say she’s achieved both. After studying screenwriting at university, she went onto work in the London film and theatre industry before following her heart to sunnier climes. Following a series of adventures in different parts of the world, she settled in the south of Spain and lived very happily there for about ten years until her future husband came along and dragged her back to the UK. She now lives in Lincolnshire with her tortoise, her cat and said husband.

There are no polar bears left on Bear Island. At least, that’s what April’s father tells her when his scientific research takes them to this remote Arctic outpost for six months. But one endless summer night, April meets one. He is starving, lonely and a long way from home. Determined to save him, April begins the most important journey of her life…
The Last Bear (illustrated by Levi Pinfold) is a celebration of the love between a child and an animal, a battle cry for our world and an irresistible adventure with a heart as big as a bear’s.
“This is an important first novel, important for us, for polar bears, for the planet. It is deeply moving, beautifully told, quite unforgettable”. Michael Morpurgo

For as long as she can remember Gill was fascinated with animals. When young, she liked the idea of being an explorer journeying into leech-infested jungles or crossing the high Arctic in a dog sledge in search of polar bears. If she couldn’t be an explorer, she wanted to be a vet.

When Gill grew up, she did become a vet and has worked in some amazing places, from the wilds of Africa to the frozen lands of the Arctic.  She rediscovered children’s books through reading to her own children and went back to university to study where she learned how to craft my stories. Her first book, Sky Hawk, was published not long after and she followed that with many more exciting books, including White Dolphin, Moon Bear and Scarlet Ibis.

Gill lives in Somerset with her family and their collection of pets including dogs, chickens and a rescued Shetland pony.

Between a dog and human there is a special bond. A Bond must never be broken…
Pup and his boy are inseparable. But both their worlds change forever when Pup is cruelly taken away and abandoned on Dead Dog Alley. With nowhere else to turn, Pup joins a pack of misfit street dogs who help him learn to fight for survival on the streets. Pup holds onto the hope of one day being reunited with his boy. But as that hope shrinks with every passing day, Pup begins to wonder if their bond is irreversibly broken…
A thrilling and heart-warming novel by award-winning author Gill Lewis, celebrating the unique bond between humans and animals and the power of unconditional love.
‘A story of love, survival, loyalty and lifelong bonds. It tugged at my heart and made me sob, it made me yearn with Pup for the love he so desperately sought… It’s a book that everybody should read – it’s man’s best friend in a whole new light.’ Nizrana Farook 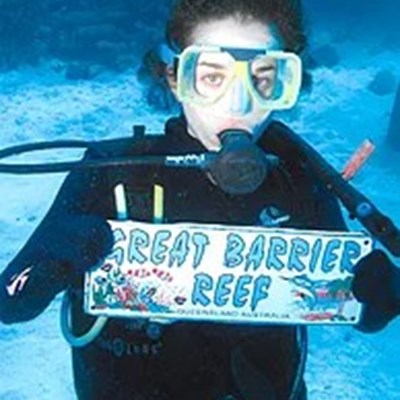 Dr Emily Grossman is an internationally acclaimed science author, public speaker and TV personality. She is an expert in molecular biology and genetics, with a Double First in Natural Sciences from Queens' College Cambridge and a PhD in cancer research. Emily also trained and worked as an actress and singer, and as a maths and science teacher, and now combines her skills as a science broadcaster, writer, educator, trainer and activist. She explains science for a wide range of TV and radio programmes, writes books and articles about science and gives motivational and inspirational talks in schools, universities and at live events. She also uses her voice and her platform to raise awareness about important issues such as climate change and biodiversity loss, women in science, confidence, resilience and Covid-19 and the vaccine.

Brain-Fizzing Facts is packed full of facts which answer a range of questions! Why is your elbow called your funny bone? How could you escape the grip of a crocodile's jaw? Or which animal can breathe through its bottom?

World-Whizzing Facts, Dr Emily’s follow-on book, contain lots more fun facts and includes easy-to-understand explanations about climate change and wildlife loss and what we can all do to help.