The biodiversity planning process is underpinned by the fundamental principle that the process needs to involve a wide range of sectors, organisations and individuals, some of whom may not have been previously involved in planning for nature conservation. The development of partnerships is essential for the successful implementation of the objectives and targets in the UK Action Plan and in particular for action at local level.
The key benefits of developing LBAP partnerships are:

In May 2001, the Comhairle agreed to the establishment of a Steering Group to progress the Western Isles LBAP.

Role of the Steering Group

The role of the Steering Group is to direct the LBAP process, to take decisions on how to tackle the various steps involved, and, in due course, to ensure that the implementation of action plans is monitored. The Steering Group will aim to quantify the success of the LBAP and report this to the Scottish and UK level Steering Groups.

The Steering Group is also tasked with keeping other organisations, likely to have an interest in biodiversity, abreast of progress as the LBAP is developed. These include Community Councils, Western Isles Enterprise, Western Isles Tourist Board, Scottish Water and Chamber of Commerce.

Key Steps In The Process

In Scotland, Local Biodiversity Action Plans are being progressed by all the local authorities. The process of developing local action plans involves several distinct steps. 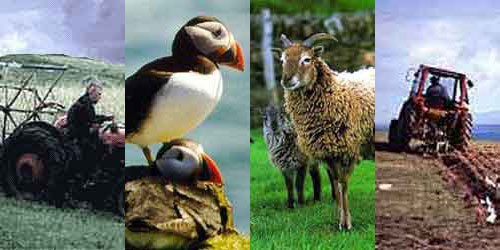 An important first step in the LBAP process is an audit of the biodiversity resource in the Western Isles. The Comhairle and Scottish Natural Heritage commissioned the Scottish Agricultural College to undertake a biodiversity audit which was produced in June 2002.

The Biodiversity Audit Report is in 2 parts

Species Summary Table (38.4kB)
(A quick reference list of species and occurrence on individual islands within the Western Isles)

The audit identifies species and habitats which are of UK or local conservation concern and will provide us with baseline information on which to priorities further action.

The species identified by the audit process are listed here.

The local species and habitat action plans have been produced in 2 phases with all action plans being drafted by specialists. Public consultation exercises were carried out by a consultancy specialising in community engagement to agree the actions identified in the plans.

A series of 3 workshops were held in Barra, Benbecula and Lewis in December 2003 to obtain community comments and ideas to help finalise the draft action plans.

The consultants took the opportunity to raise awareness about the local biodiversity of the islands and to engage young people of different ages in the evaluation of the action plans. Pupils from Castlebay Primary and Secondary Schools were invited to look at colourful posters of each species and habitat and to give their thoughts. The pupils were very responsive and the consultation report records all the feedback from these sessions.

The full consultant's independent report on the consultation exercise is available below.

The report is also available in the local libraries.

A series of 6 workshops were held in Barra, South Uist, North Uist, Harris and Lewis in March 2005 to ascertain the views and opinions of the local community on actions set out in the second phase of 5 action plans.

Further consultations were undertaken with key partners and stakeholders identified in the draft plans by telephone. Awareness raising ‘mini-workshops’ were also carried out at four primary schools across the islands to introduce the children to the latest draft action plans.

Our Nature – A Framework for Biodiversity Action in the Western Isles (892.2kB)

How you can help

Further information on the strategy and woodland issues